This is the time for us to express ourselves. In order to get through this, we must do it together. Please share your memories and thoughts of Col George Ishikata. This information will be placed in a public forum to be shared with family and friends. 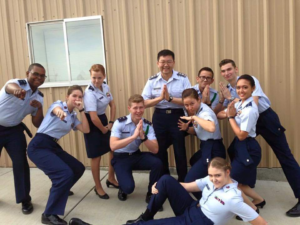 Leader, Mentor, Teacher, and Friend. Your tribute gift is a remembrance and chance to support his lifelong passion of supporting cadets. Gifts made will support the National Cadet Officer School (COS) and Region Cadet Leadership School (RCLS). 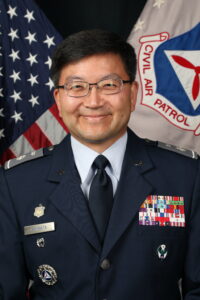 George was born February 22, 1962, in Chicago, IL and grew up in San Francisco, CA. He attended Lowell High School, graduated San Francisco State University with a bachelor’s degree in speech and communications studies, and later earned a master’s degree in military arts and sciences from the Army Command and General Staff College. George spent his career in the California Army National Guard and US Army as a Military Intelligence officer, both in the National Guard and in key positions in Washington DC and overseas. Upon retiring from the Army, George started a second career as a Junior Reserve Officer Training Corps instructor at Abraham Lincoln High School in San Francisco, and later assumed the role of Director of Army Instruction for the San Francisco JROTC Brigade.

George married Albulena Demiri in 2010 in Kosovo. Although they had no children, he adored his nephew and niece, Leo and Alena, and sister-in-law Linda.

George joined the Junior Reserve Officer Training Corps (JROTC) in 1977 at Lowell High School. As a cadet he participated in the winning competitive Drill Platoon, spending many hours in after-school drill practice. He rose in leadership ranks to serve as a Company Commander in Lowell’s battalion. George stayed on at Lowell for several years, serving as an Assistant Instructor to his mentor, Sergeant Major Mack Yoshida.

George joined Civil Air Patrol as a cadet in 1977, and it soon became a focal point of his life. As a member of San Francisco Cadet Squadron 86 (Excellence in Action), he achieved meaningful leadership roles in the Cadet Advisory Council and as Commander of California Wing’s Cadet Training Group. As an adult leader in Civil Air Patrol, George was an esteemed member of the National Cadet Team and proudly served as the Commander of Pacific Region. He led California Wing’s Cadet Officer Basic Course for over twenty years, mentoring over a thousand cadet officers as they explored their own leadership identities. George served as an instructor at CAP’s Cadet Officer School and escorted cadets to Australia on the International Air Cadet Exchange. 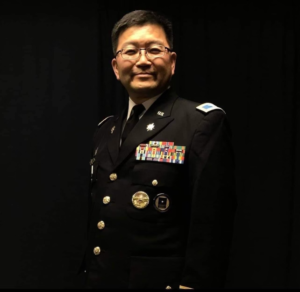 in 1985. He served in the 49th Military Police Brigade, 100th Troop Command and 40th Infantry Division, and commanded the 223rd Military Intelligence Battalion (Linguist). George deployed to Iraq, Afghanistan, and Kosovo, with his final duty at the Pentagon, retiring in 2015.

As a leader in the San Francisco JROTC community, George did much more than mentor cadets. He fought continually to keep JROTC in San Francisco high schools, and worked tirelessly to improve the experience cadets received at activities. He worked with the veteran community and with San Francisco politicians to both enhance the JROTC program and ensure its survival.

His accomplishments are numerous, including being the recipient of two Defense Superior

George passed away of natural causes on December 30, 2021, in San Francisco, CA.George is survived by his wife Lena, brother Chik, and many dear friends. He left a legacy among JROTC and CAP cadets who will continue to develop their own leadership identities and live up to the values George set of service, loyalty, and integrity.

Take time to read the memories of Col Ishikata below. For more pictures, click Read More.

I first met Colonel Ishikata at the Academic Bowl competition in July 2021. The first few minutes talking to him all my anxieties from the completion melted away and his kindness and gentleness comforted me. The next day he came along with us to explore D.C. with us. I remember he bought us a TEN dollar balloon just because we said it was cool. I will always appreciate his kindness, thoughtfulness, and calmness.
Read More

Loved George! When George, Terry, Wayne & Grace deployed in the ‘90’s I prayed for their safe return- then continued while the others returned & George went to Kosovo- I’m saddened by his loss & the loss to our program- Rest In Peace, George
Read More

I first met George at COBC in 2010. Ever gracious with a calm and friendly demeanor, he was kind to all who worked with him regardless of their experience level and often took time to guide and coach them. Thank you, George.
Read More

Our deepest sympathies to Lena and the Ishikata Family. George's leadership and friendship has empowered superiors and peers alike. His most enduring impact are qualities seen in our future leaders who he educated and mentored.
Read More

He was a very special person, loved and respected by all, I've known George since I joined the 223rd Dec 1991, he was always a smile away.
Read More

I first met Colonel Ishikata at the Academic Bowl competition in July 2021. The first few minutes talking to him all my anxieties from the completion melted away and his kindness and gentleness comforted me. The next day he came along with us to explore D.C. with us. I remember he bought us a TEN dollar balloon just because we said it was cool. I will always appreciate his kindness, thoughtfulness, and calmness.
Read More

I first met COL Ishikata in CAP. He later recruited me into the 223rd in January of 1990. I spent the next 18 years on a glorious romp around the globe visiting foreign countries meeting new and wonderful people and then going home. He will be missed.
Read More

Thank you for the life lessons, George.
Read More

Once, he took the entire squadron to Fort Funston to play Capture the Flag… in the dark. As he let us -11 year olds to 17 year olds- fumble and tackle each other in the dark with glee, he mumbled to those of us laughing on the sidelines, “This could be a great exercise in leadership, or a sh*t storm.” It was both. And we loved him for it. 🙂 He will always be the person I want to grow up to be like.
Read More

George is, and will always be, a hero to myself and everyone who was fortunate to come into contact with him. There isn't a memory or instance I wouldn't trade. Calm, cool, collected, and in charge. What an incredible person and leader! After nearly 15 years of contact, it feels like yesterday, where he provided his insight and direction selflessly. His persona was contagious. You wanted to be around him. He had a magnetic personality. You just knew he had life figured out. Period. His legacy will live on. He was focused on others, and in turn it made those want to be around him. George is, and will continue to be a legend. Gone too soon, but now in a better place - where he deserves to be. Thank you for everything George.
Read More 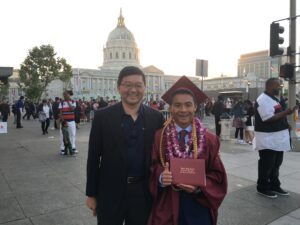 George was the calm before, during and after the storm.
Read More

I knew George since we were 17. He will be greatly missed.
Read More

My memory of George was he was the epitome of excellence in action.
Read More

It’s still difficult to believe that George has left us. As a school board member, I fought to keep JROTC a vibrant program and had the privilege of working closely with the JROTC instructors including George. His work with students was extraordinary, always going to extra mile. When I mounted an underdog campaign for office, George supported me in countless ways. He was always the first volunteer to arrive and the last to leave for the day. My crack campaign team was truly dedicated. George was beloved by all who were fortunate enough to know him. Sincere condolences to George’s wife and family. We will miss him dearly. Thank you for sharing him with us.
Read More 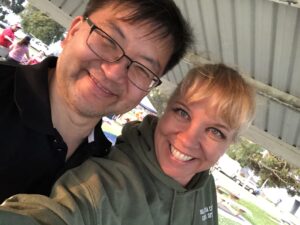 Years and years of laughter, smiles and love at CAP events. George was family over the past 35 years
Read More

A friend and mentor who was always there for you , especially in those hard times.
Read More

A wonderful mentor and friend. He will be dearly missed.
Read More