About the Cadet Training Group 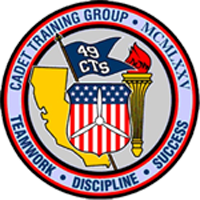 The Cadet Training Group was founded in the summer of 1975 at Vandenberg Air Force Base, California. In the over 40 years since, the CTG has welcomed and graduated more than 11,000 cadets into its ranks. As CTG graduates have excelled in their CAP careers, they have become even more successful in other aspects of their life. CTG Alumni have gone on to become successful leaders both in the civil sector as well as in the armed forces of the United States. Former Cadets are now serving overseas in a broad spectrum of theaters throughout the world. Graduating a California Wing Encampment sets cadets apart as a member of the distinguished ranks of the Cadet Training Group. Serving the Cadet Training Group as a Staff Member is as much of an opportunity as it is a privilege. 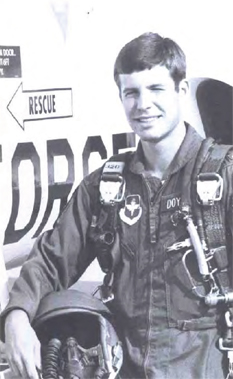 The 49th Cadet Training Squadron of the Cadet Training Group is unlike any other in CTG history. No cadets were ever assigned to the 49th CTS; the number was set aside in honor of a former member of the Cadet Training Group. Cadet Captain Tom Doyle was a Northern California youth who was a leader in both his school and community, a licensed pilot at age 17 and an outstanding cadet member of the Civil Air Patrol. Cadet Doyle was selected to command the 18th CTS at Ford Ord in the summer of 1980.

However, a change in personnel requirements resulted in the activation of only one CTS in 1980 instead of the three initially planned squadrons. Shortly after the Fort Ord Encampment, Cadet Doyle commanded Delta Flight, 17th CTS at McClellan AFB.

At 17, Doyle earned his FAA private pilot’s certificate and shortly thereafter won an appointment to the prestigious U.S. Air Force Academy, where he graduated in the top 5% of his class. After completing training as an F-16 fighter pilot, he was stationed in Germany (NATO) with the 10 TFS “Fighting Tenth” (USAFE). On one grim cloudy day in the spring of 1988, 1st Lieutenant Tom E. “Popeye” Doyle’s F-16 fighter jet experienced sudden catastrophic engine failure while over the center of the city of Frost. Although he could have bailed out, 1st Lt Doyle elected to stay with his crippled fighter to guide it away from the shops, schools and congestion below. He succeeded in his heroic act, but perished in the ensuing crash.