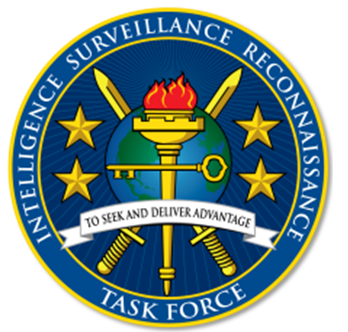 From 2012 to 2014, I served with COL George Ishikata at the Pentagon as part of the SECDEF Intelligence, Surveillance, and Reconnaissance Task Force. The ISR TF was part of the Undersecretary of Defense- Intelligence (USD-I). The ISR TF Director was Army Lieutenant General Ray Palumbo. George played a key role in delivering ISR capabilities to US Forces Afghanistan (USFOR-A) during the critical surge period in Afghanistan. George made several trips to Afghanistan, to include an extended stint as the ISR TF LNO forward with USFOR-A. The third picture uploaded was a recognition ceremony where then Deputy Secretary of Defense (DEPSECDEF) Honorable Ashton Carter presented Coins to ISR TF members. 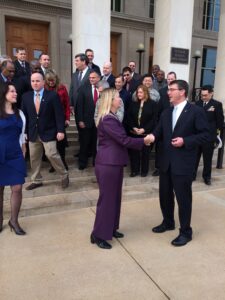